The annual review 2018 of the International Renewable Energy Agency is now available! And good news: global renewable energy employment reached 8.8 million jobs in 2017 (excluding large hydropower). This represents an increase of 5.3% compared with the number reported in 2016. Bioenergy from biomass and waste – the field covered by the master BiWEM – accounts for 3.08 million jobs worldwide. 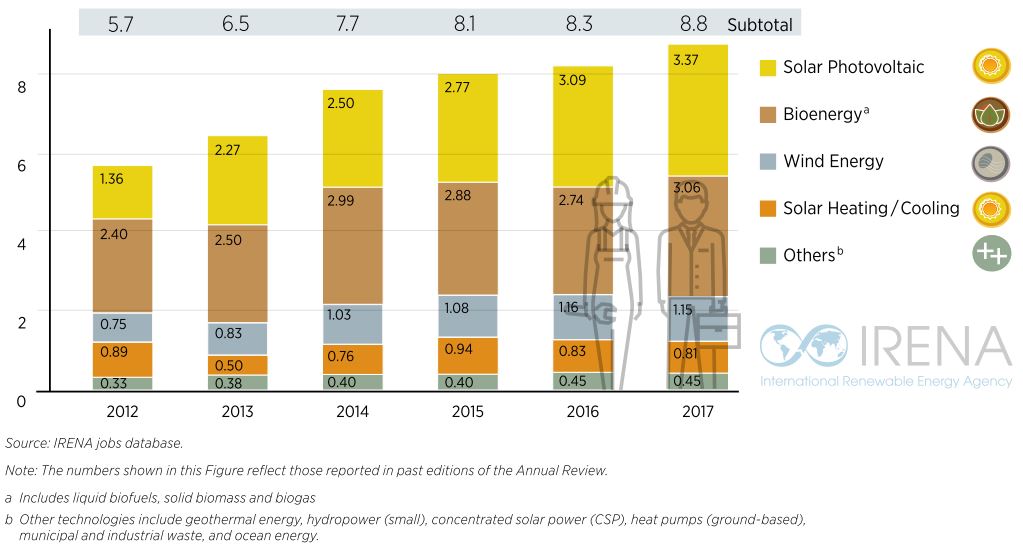 Biofuels employment (at close to 2 million jobs) expanded by 12% in the world, as production of ethanol and biodiesel expanded in most of the major producers. 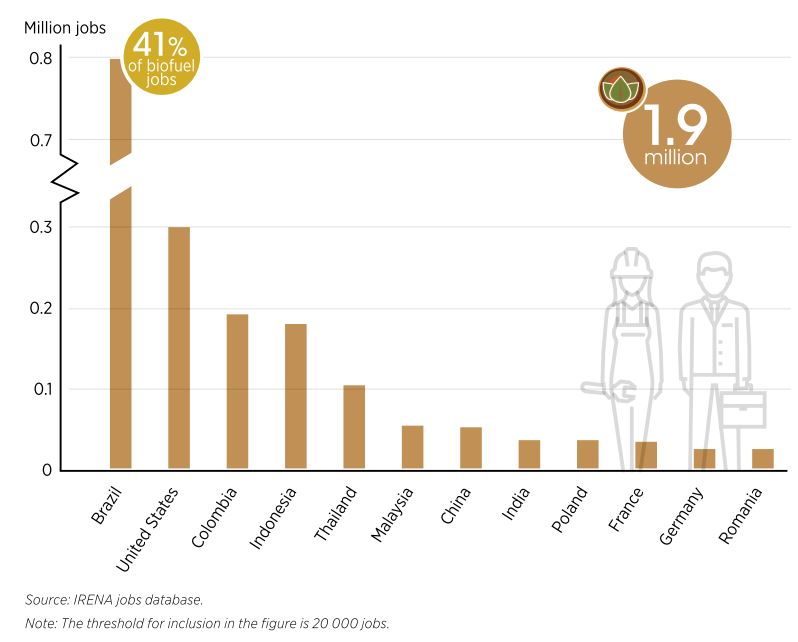